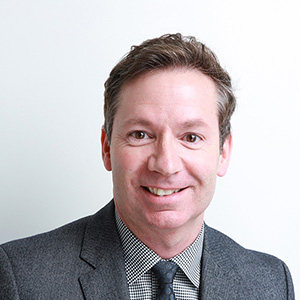 My laboratory is interested in defining the transcriptional regulatory pathways that are involved in establishing mammalian sex determination (i.e., the formation of a testis or an ovary) and sex differentiation (i.e., the development of internal and external genitalia and therefore the male or female phenotype). We are also interested in understanding the transcriptional control of gonadal gene expression, especially in the somatic cell types of the testis (Sertoli cell, Leydig cell). Over the past several years, our main focus has been to understand the physiological roles played by members of the GATA family of transcription factors. The GATA family of factors is composed of six zinc finger DNA-binding proteins (named GATA1 to GATA6) that recognize the consensus DNA sequence WGATAR found in the regulatory region of several genes required for the differentiation and/or morphogenesis of numerous vital organs. These factors were first identified as major developmental determinants of both the hematopoietic and cardiac systems. Today, they are known to be expressed in a wide variety of tissues where they act as critical regulators of developmental- and cell-specific gene expression. This includes multiple endocrine organs such as the pituitary, pancreas, adrenals, and gonads. Using basic molecular biology methodologies (promoter characterization studies) and various cell line models, we have contributed significantly to better understanding what genes and gene networks these factors target and regulate. Indeed, the scope of GATA action has broadened to include early gonadal development, sex differentiation, and steroidogenesis. GATA factors and in particular GATA4 regulate a plethora of genes that play essential roles throughout gonadal ontogeny. These include those expressed early in gonadal development (Sry, Sox9, Amh, Dmrt1) and those acting later in the fetal and adult gonads (Inha, Star, Cyp11a1, Cyp19a1, and many others). We have recent evidence that GATA4 is an essential regulator of steroidogenesis. Interestingly, aberrant GATA function is known to be linked with some human diseases, and we believe that the reproductive system will be no exception. Research into the role of the GATA family of transcription factors in reproductive function has already led to the potential implication of these factors in several human syndromes and/or pathologies such as breast cancer, endometriosis, polycystic ovarian syndrome, and phenotypic sex reversal associated with insufficient AMH expression. Our ultimate goal is to hopefully translate our work into promising new therapies for the treatment and prevention of these pathologies and other diseases that affect reproductive health.