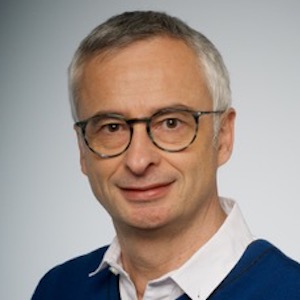 Although meiosis is a well-known source of genetic instability and diversity, our research activities over the past 15 years have focused on the haploid spermatids. Spermatids undergo a striking change in chromatin structure and our working hypothesis is that this important transition represents a major source of genetic instability that has probably been overlooked by reproductive biologists. We have shown that elongating spermatids display transient DNA double-strand breaks (DSBs) that are part of the developmental program of these cells. As these endogenous breaks cannot be repaired by homologous recombination but by an error-prone end-joining process, we hypothesize that the chromatin-remodeling steps in spermatids is intrinsically mutagenic. Our goal is to determine the origin of the transient DSBs, their genome-wide distribution, their mutagenic potential and the DNA repair mechanism involved. Our initial genome-wide screening of DSBs hotspots suggest that neurodevelopmental genes as being preferentially targeted pointing to the possible etiology of the male transmission of cognitive disorders. Histone hyperacetylation is apparently necessary for the formation of DSBs and the nuclear addressing of mitochondrial carnitine acetyltransferase may impact the pool of nuclear acetyl- CoA. We have established that the post-meiotic DSBs are also observed in yeast pointing to the striking conservation of the process and providing a simplified eukaryotic model to investigate its mechanism and impact on the genetic landscape.   We hope that this research program will confirm that this sensitive chromatin transition adds up to meiosis as a crucial determinant of genetic diversity with important consequences for evolution.