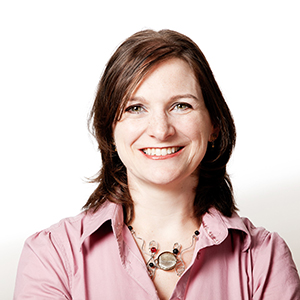 My research aims to determine the role of cellular interactions during mammary gland development and in breast cancer. More especially, we want to understand the regulation and the function of gap, adherens and tight junctions during mammary gland development, and how their dysregulation, by mutations or environmental pollutants, influence breast cancer progression.

Identify the role of cell-cell junctions during mammary gland development.

The breast is formed by two compartments: the stroma, mainly composed of adipocytes, fibroblasts and extracellular matrices, and the epithelium, formed by an internal layer of luminal cells surrounded by basal cells, mainly composed of myoepithelial cells. It has been demonstrated that interactions within and between the two layers of cells is crucial for proper development and function of the gland. Moreover, interactions between the epithelium and the surrounding stroma are also necessary. Therefore, this project focuses on the role and the regulation of junctional protein during the different stages of mammary gland development.

To define the role of intercellular junctions in breast cancer.

Although dysregulation of junctional proteins have been linked to breast cancer for years, mechanisms involved are poorly known. Moreover, an increasing number of evidences demonstrates that the microenvironment surrounding the tumors play in important role in cancer progression. This project thus aims to determine how junctional proteins relate to breast cancer progression, and how the surrounding microenvironment influence their expression.

In many countries, breast cancer is the leading cause of cancer-related deaths among women. While the causes are pleomorphic and generally unknown, it is generally admitted that 70-90% of all cancers are linked to behavioral, dietary and environmental factors. While the term environment applies to many factors, our research focuses on chemicals present in air, water, food and personal care and household products. More precisely, our concerns relate to exposure to endocrine disruptors such as phthalates. Endocrine disruptors are defined as substances which modulate the actions of hormones in the body, thus interfering with the normal development and function of the tissues. Since mammary gland development and function are tightly orchestrated by hormones, slights changes in their levels or actions can modify cell proliferation and differentiation, and thus promote breast cancer.