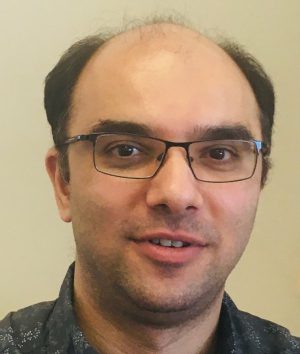 We are using the pituitary gland and the female reproductive system to elucidate genetic pathways regulating development, cell metabolism and adaptation, as well as deregulations at the origin of pathologies such as the Cushing’s disease. These questions are addressed using proteomic (RIME) & genome-wide approaches (ChIPseq, ATACseq, RNAseq) on genetically modified mice or cells in culture. Two major transcription factors (TFs) for pro-opiomelanocortin (POMC) producing lineages of the pituitary (corticotropes & melanotropes) were identified in the laboratory: Tpit & Pax7. So far, Tpit expression was only observed in pituitary POMC cells. In agreement with this expression pattern, pituitary POMC expression is lost Tpit KO mice. In addition, we recently discovered that Tpit is indispensable for POMC cell maturation, stimulating their growth, translation capacity and total RNA & secretory organelle contents. Tpit is doing this by direct binding and upregulating the expression of the Creb3l2 & XBP1 genes, which in turn are targeting & stimulating the transcription of a large number of genes involved in translation regulation & endoplasmic reticulum biogenesis, respectively. On the other hand, we characterized the role of Pax7 in the pituitary. It appeared to be a pioneer TF essential for melanotrope specification. Importantly, Tpit is an essential cofactor for chromatin opening at the pioneer targets of Pax7.

In addition to deficiencies in POMC cells, Tpit KO females are sterile. We are presently trying to understand the reasons of this infertility. A recent search revealed that Tpit is expressed during oocyte growth & in early embryos. The similarity between POMC cell & oocyte maturation events led us to hypothesize that as in the case of POMC cell maturation, Tpit may be involved in oocyte maturation. Alternatively, or in addition, Tpit could act on chromatin opening of promoters that precedes zygotic genome activation, as it is doing on Pax7 pioneer targets. These hypotheses are currently tested in the laboratory.