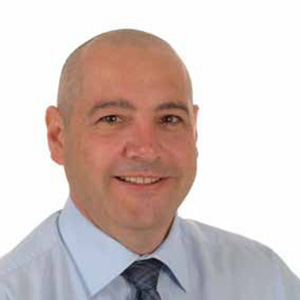 My research interests are aimed at a better understanding of the mechanisms involved in the interactions between gametes, with particular emphasis on sperm. Sperm must undergo changes in the membrane and intracellular that will make it able to interact with the oocyte and fertilize it. The properties of its plasma and acrosomal membranes will be affected, modulating the intracellular ionic content and driving in post-translational modifications of several proteins, ultimately resulting in changes in the activity of several enzymes and spermatic activities. This post-ejaculation phenomenon called capacitation normally occurs in the female genital tract during the transit of sperm to the fertilization site. I am particularly interested in different intracellular signaling pathways, their control mechanisms during capacitation, and their effects on sperm function.

Another aspect of my research aims to directly study the mechanisms of binding and recognition between the sperm and the zona pellucida of the oocyte by investigating the role of the spermatic protein SPAM1 in these phenomena. A better characterization of this protein, changes in its properties during capacitation and the importance of these changes for sperm-to-oocyte binding are at the heart of my research.

In addition, in the context of the agro-food industry where reproduction plays a major role and where artificial insemination is a key player, it is essential that the sperm be conserved under optimal conditions in order to ensure the best reproductive success. I study the effect of freezing (cryopreservation) on the survival and fertilizing power of sperm by evaluating different ways to improve the procedure.

A better understanding of the mechanisms involved in this acquisition of fertilizing power and sperm / oocyte interactions is important in livestock species where the profitability of the firm often depends on the effectiveness of the animal’s reproductive capacity. In humans, the sperm / oocyte interaction is of particular importance in cases of diagnosis / treatment of infertility, or for the development of new methods of contraception. Various research projects are currently underway on these subjects within my laboratory.