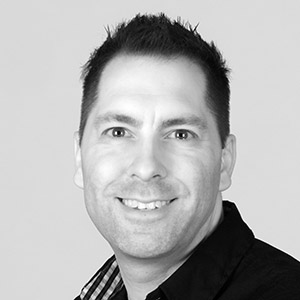 Serge McGraw’s main research focuses on understanding the epigenetic instability that occurs when DNA methylation maintenance is interrupted during early embryonic development. His research laboratory aims to understand how, during the development of the embryo, a dysregulation of the epigenetic program may be involved in the occurrence of prenatal or postnatal developmental disorders.

Epigenetic modifications are small chemical groups that can be affixed directly to the genome (DNA) or to proteins (histones) involved in the structure and compaction of chromatin. During embryonic development cells divide and develop according to their own program, a program directed by a huge reworking of epigenetic modifications. We believe that any interference occurring during the establishment of this embryonic epigenetic program may increase the vulnerability to express various developmental disorders.

In the last decades there has been an upsurge in neurodevelopmental disorders in children. According to many studies, exposure of the embryo or fetus to harmful environmental insults (eg poor diet, chemical pollutants, drugs, alcohol) during pregnancy is one of the main causes of this recrudescence. Since these insults can alter the epigenetic landscape and the latter are massively altered in the young embryo, we believe that an embryonic epigenetic disturbance caused by these insults could alter the normal development program of the central nervous system and lead to this recrudescence of neurodevelopmental disorders. However, we only have limited knowledge regarding epigenetic deregulation process and many questions remain unanswered. Our laboratory uses in vitro models of stem cells as well as animal models with various epigenetic events induced in the embryonic epigenetic program. Using neurotoxic environmental factors (eg alcohol) or genetic manipulations, it’s now possible to investigate the epigenome, in a normal or disturbed context, in order to dissect the mechanisms of epigenetic dysregulation associated with neuro-developmental disorders. Our research will significantly deepen our knowledge of the disorders initiated on the epigenome of the young embryo, as well as the evolution of these disturbances leading to the development of neuro-developmental disorders during the development of the brain in children. It is really important to understand the nature of these epigenetic disorders through brain development in order to acquire the ability to design targeted epigenetic treatments for brain disorders.