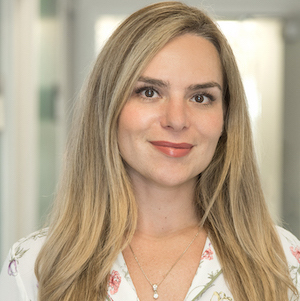 Investigate how the early ex vivo environment modify the methylome, transcriptome and noncoding RNAs of the first three lineages (TE, EPI and PE)Investigate the role of noncoding RNAs in the lineage formation and programming of the human embryo at a single-cell resolutionUnravel fundamental aspects of preimplantation embryo development and RNA biology
Phone: 1 514 890-8000 ext. 31408
E-mail: sophie.petropoulos@umontreal.ca

It is now well accepted in the field of Developmental Origins of Health and Disease (DOHaD), that the pre-conceptual, intrauterine, and early life environments can have a profound and lasting impact on the developmental trajectories and longer-term health outcomes of the offspring. Studies in both humans and animals have demonstrated that ‘insults’ such as nutritional imbalances, stress and environmental toxins can negatively impact the offspring and perturb development, ultimately ‘programming’ the offspring for an increased incidence of disease and disorder development later in life.  In particular, increased incidences of diabetes, obesity, hypertension, neurocognitive disorders and attention deficit disorder have been reported. Subfertility affects 1 in 6 couples and the use of Artificial Reproductive Technology (ART) is on the rise globally. During ART, particularly in vitro fertilization (IVF), the embryo is cultured ex vivo; an environment that exposes the embryo to numerous sources of ‘preimplantation stress’ – for instance: altered oxygen levels, altered nutrient levels, exogenous hormones and adjuvants therapies, in an attempt to increase live birth rate. Given the dynamic developmental events that occur during the this window, such ‘insults’ may affect not only the viability of the embryo and ability of the blastocyst to implant, but also the developmental trajectory of the cell lineages ultimately influencing placental development and function (the life source for the fetus in utero) and/or the embryo itself.  Such biological alterations may lead to imprinted disorders; altered metabolic and growth pathways; skewed X-inactivation; altered neurodevelopment and suboptimal downstream lineage development and thus organ development; ultimately impacting the long-term health outcome of the child.  Strong scientific evidence investigating the molecular alterations in the embryo during ART are currently lacking and the safety of adjuvant therapies and additives utilized to increase the success rate of IVF and implantation remain to be meticulously investigated.  Studies in the mouse suggest that the environment such as culture media can have a profound impact on placental development, leading to low birth weight; which in itself is associated with suboptimal developmental outcomes.  Studies in children born from ART suggest an increased incidence of imprinted disorders, hypertension, obesity, and metabolic syndrome.   Merging the fields of DOHaD, Single-Cell Genomics and ART is of critical importance given the potential to unintentionally reprogram future generations with an increased risk for disease and disorder development.