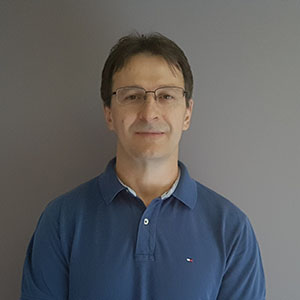 Normal development depends upon the integrity and homeostasis of the few cells, present at the beginning of embryonic life. Embryonic mortality is an important element affecting fertility and production in domestic animal species. Our lab is using porcine and bovine embryos produced in vitro by different protocols (e.g., fertilization, intra-cytoplasmic sperm injection, nuclear transfer, parthenogenetic activation), to investigate how early stage embryos deal with stressful conditions (e.g., genome damage and endoplasmic reticulum stress) by regulating coping mechanisms that allow them to survive and develop.

Cell differentiation and reprogramming hold great promise for understanding disease mechanisms and developing cell-based therapies.  Somatic cell nuclear transfer (SCNT) into enucleated oocytes was the original method used to confirm that differentiated somatic cells can be completely reprogrammed through a second round of development. We are performing SCNT to investigate cellular and epigenetic reprogramming in porcine and bovine embryos.

Genome editing and creation of pig models for research:

Swine are an ideal animal model for biomedical research since they adequately represent features of human physiology, anatomy, metabolic profile and pathophysiology responses. Consequently, there has been an exponential increase in the use of pigs – particularly miniature pigs – in the study of the underlying mechanisms of human diseases. Our lab is using genome editing tools (CRISPR/Cas system) along with SCNT and in vitro embryo production to create gene-edited pigs that can be used to study development, metabolism and pathophysiology mechanisms.